Satisfy your curiosity:
Learn 5 things about us - our values, experience, and more!

Learn more about the Values of our organization

Our Name and our logo symbolize our values and our goals

Our Commitment to our clients is transparent and certain.

Learn more about our owner’s decades of experience.

We embrace change, and we are full of hope and aspirations.

Erawatech is at its core a values-driven organization. We speak with kindness. We listen without judgment. We aim to act morally and ethically. We want to encourage you and offer our help. We believe that the highest priority with technology is accessibility. We will do our part to promote Diversity, Equity, Inclusion and Justice at every opportunity. When we say we want to help you make peace with technology, we mean it. 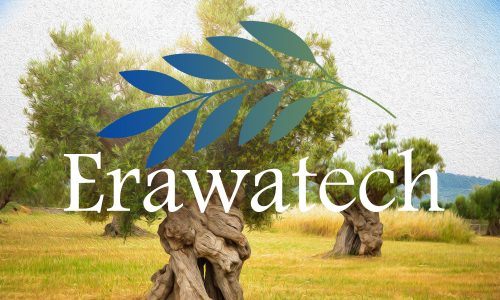 Our symbol is the Olive Branch (for peace).

There is a phonetic spelling of olive branch in ancient Macedonian that can be roughly translated as erawa.

Erawatech’s proprietor worked for Willy Street Co-op as the Director of Information Technology until December 2017. In this role, James oversaw a staff of IT specialists, and supported five facilities across Madison and Middleton, Wisconsin. He was responsible for three retail grocery sites and two additional locations (offsite deli and bakery production, and administrative offices). The responsibilities of that role included:

James also served as a general Project Manager for large construction projects, including Willy North, and was awarded the North Star Award “honoring the unsung heroes of the Northside” by the Northside Planning Council (NPC) in October 2016. He was a founding member of the co-op’s initial committee for diversity, equity and inclusion. James is a Qualified Administrator of the IDI, as well as having certifications in Leadership for Inclusivity, and Facilitating By Heart.

James was the Director of IT for FFRF, a nonprofit educational organization that serves as a watchdog for the separation of church and state. In this role, he was responsible for all technology needs for the organization. James designed and maintained several websites under the FFRF umbrella.

Erawatech’s owner James is much more than just a technology expert – his professional certifications include:

Our future is inextricably linked with yours. We are seeking to create partnerships with businesses and organizations that are ready to embrace change. Nothing remains the same, especially where it comes to technology. It is critical that we work together to ensure not only the success of your business endeavors, but the furtherment of important ideals: justice. health. accessibility. hope. When you become one of our clients, together, we can make a better world.

This website uses cookies to improve your experience while you navigate through the website. Out of these, the cookies that are categorized as necessary are stored on your browser as they are essential for the working of basic functionalities of the website. We also use third-party cookies that help us analyze and understand how you use this website. These cookies will be stored in your browser only with your consent. You also have the option to opt-out of these cookies. But opting out of some of these cookies may affect your browsing experience.
Necessary Always Enabled
Necessary cookies are absolutely essential for the website to function properly. These cookies ensure basic functionalities and security features of the website, anonymously.
Functional
Functional cookies help to perform certain functionalities like sharing the content of the website on social media platforms, collect feedbacks, and other third-party features.
Performance
Performance cookies are used to understand and analyze the key performance indexes of the website which helps in delivering a better user experience for the visitors.
Analytics
Analytical cookies are used to understand how visitors interact with the website. These cookies help provide information on metrics the number of visitors, bounce rate, traffic source, etc.
Advertisement
Advertisement cookies are used to provide visitors with relevant ads and marketing campaigns. These cookies track visitors across websites and collect information to provide customized ads.
Others
Other uncategorized cookies are those that are being analyzed and have not been classified into a category as yet.
SAVE & ACCEPT
Powered by